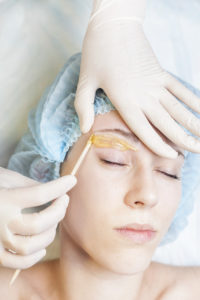 I think it is fair to say that everyone wants to trust their employees and colleagues. But when it comes to safety and a salon owner’s liability, trust isn’t enough.

I recently had a call from a salon owner (I’ll call her Jane) who was upset about an injury to one of her clients. Jane had been considering bringing an esthetician (who I’ll call Sally) onto her staff, so she invited Sally in for a trial run. Sally claimed to be trained, experienced and properly licensed. But after she performed a waxing service for a client, the client called Jane to report a serious infection. Sally never showed her face in the salon again, and Jane has been unable to contact her. Now the salon is on the hook for the customer’s medical expenses.

Jane claims she saw the license and knew Sally from her work at other salons, but ultimately, she was unable to contact the esthetician.  This means Jane cannot prove Sally even had a license. As a result, the salon’s insurance policy cannot cover the claim from the injured customer. Salon liability insurance is designed to cover occasional accidents that occur in the course of services performed by licensed professionals.

When bringing on new staff or contractors, salon owners need to play detective a bit. If a stylist, nail tech or esthetician is unlicensed and uninsured, any harm they cause to a client falls on the salon and the salon’s insurance. Anyone performing services in a salon needs to prove they are licensed. In the case above, there were no precautions taken to ensure Sally knew what she was doing.

But there is also the issue of material misrepresentation. If a salon owner claims a staff member is licensed on an insurance application, but has no supporting documentation, it can create serious problems when there’s a claim. The insurer can deny coverage, recall the insurance policy and/or decide not to renew the policy. Ultimately, the burden of proof falls on the salon owner.

That doesn’t mean a salon owner will be held responsible for an employee or contractor’s deceit. In New York, people can obtain fake cosmetology licenses that may fool salon owners. But even if a license is ultimately a fake, by checking for it and keeping it on record, the salon owner has done his or her due diligence.

The easiest way to prevent problems caused by unqualified people is to require both proof of licensure and training for staff and contractors. Holding and reinforcing high professional standards is not only a good business practice, but it ensures your insurance coverage will be available to protect you when an accident does happen.

Kathy Lopez, Account Manager for SASSI, the Salon and Spa Specialty Insurance program at Brownyard Group. She can be reached at klopez@brownyard.com.